A Fork in the Road

For the first time I have simply taken a snapshot of an existing project (a copy) as a foundation for my next game. There are so many design changes that it deserves to be its own game, rather than an updated version of Match 3 Fantasy. 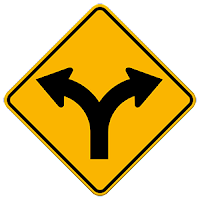 An analogy is finishing production of a movie, and immediately reusing all the actors, crew, scenery, and only changing the script.

Using hero skills in Match 3 Fantasy is done by collecting elemental resources and then applying the pattern onto the board. The pattern could only be placed on cells that are highlighted, and highlights are made by destroying gems through matches or tapping special gems that explode others.

The change: creatures will collect elements to charge-up just one equipped special skill. Once charged, the skill can be used immediately on any enemy. No more highlights.

I was inspired by Darkest Dungeon. I wanted to provide skills and attacks that are targeted using a similar system. Given three enemies arranged horizontally, skills can target first, second, third, first-two, last-two, or all. But the game is too casual and simply going for damage is an optimal strategy over abilities that manipulate the order of enemies.

The change: all heroes and enemies will be arranged in random order, because it will not matter. I will introduce a threat feature, so enemies are more likely to attack certain heroes.

In Match 3 Fantasy all enemies have their turn after the player, but each only attacks by successfully rolling a percentage chance.

The change: Each enemy has a countdown to attack, decremented each player turn (a hero uses a special skill, or when cells are swapped for a match).

Match 3 Fantasy just has too many variables for progression and difficulty. Enemy strength is determined by the strongest hero and difficulty level for additional rewards. It kinda works, but feels rather clumsy.

The change: Enemy difficulty will be fixed, and hard-coded for each area. There will be many more areas to unlock, despite reusing the same map.


I uploaded a build of the new game here. It plays in a browser, thanks to the Unity engine for the WebGL exporter. 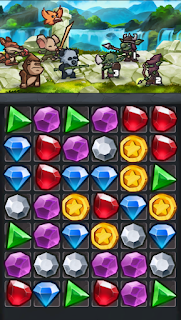 The bird is the first of many pets; this one attacks after red gems are matched. The fox also uses red gems, so the element is given randomly to the bird or fox. Therefore, good team composition will include heroes that use a large variety of elements. A pet that uses blue would be more optimal in this arrangement, because no other heroes use this element.
Posted by Elliot at Sunday, April 21, 2019