This is not the first time that I have made tremendous changes to the initial design direction of a project. This one started as a time optimization puzzle game, where the challenge was to destroy a passive target in as little time as possible. The first bare implementation a month ago proved to me the idea is less interesting than predicted. 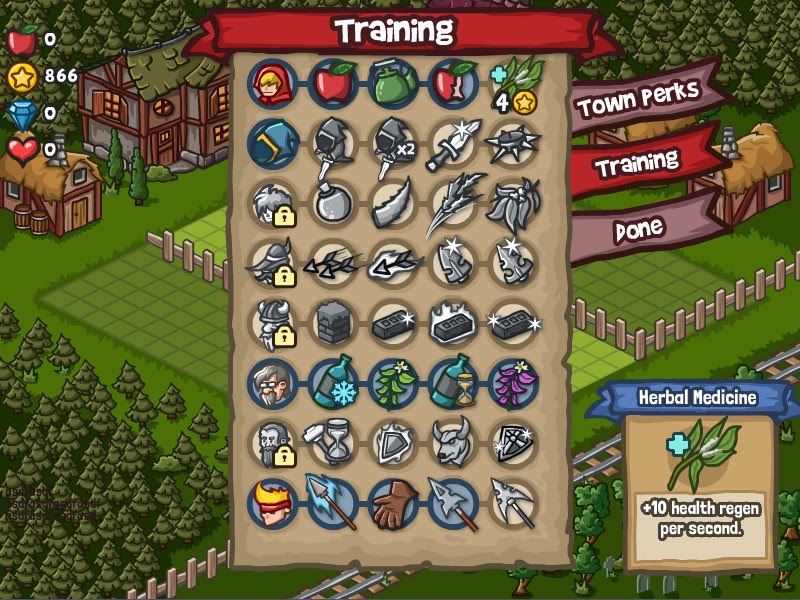 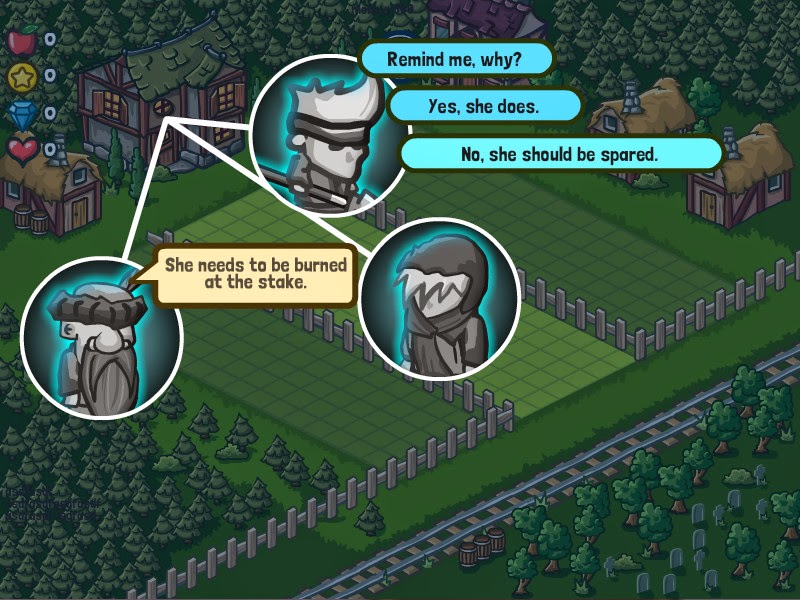 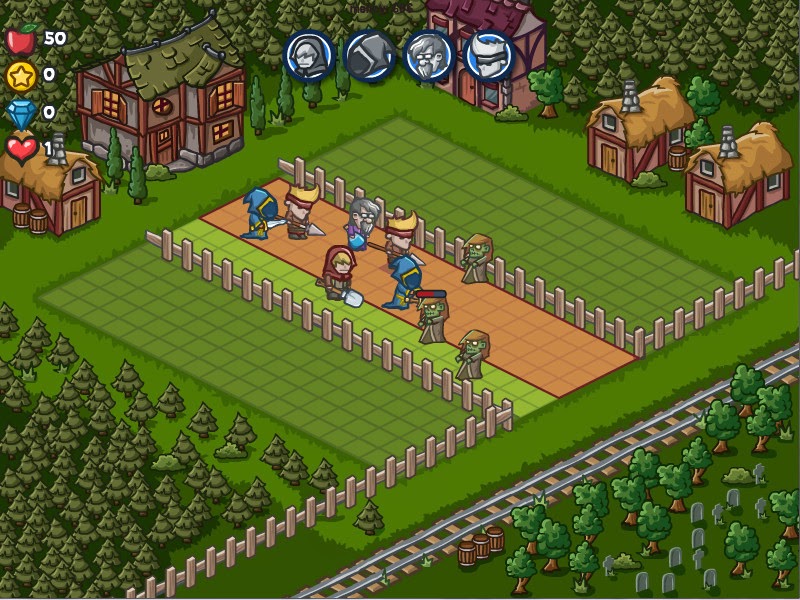 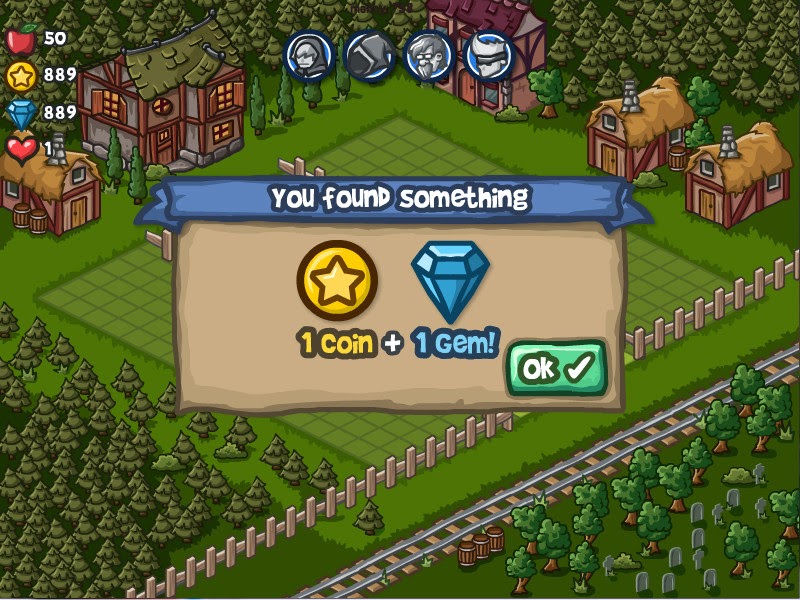 It is now a defense game with a theme inspired in part by the history of the Salem witch trials. It offers a choose-your-own-adventure where you role play as the mayor of a small town being overrun by the undead, reanimated by two witches. There are eight different units that can be hired, each with four skills (first image). The fenced space expands later in the game, consequently increasing the difficulty.

This time I plan to upload the game for playtesting very early, with less than a quarter of the story finished. Minor features are added as needed, so there is a lot of freedom. I did this with Zombie Tactics (to be released by my sponsor very soon), where much of the story and dialog was written on a laptop away from home.
Posted by Elliot at Friday, July 18, 2014 No comments: