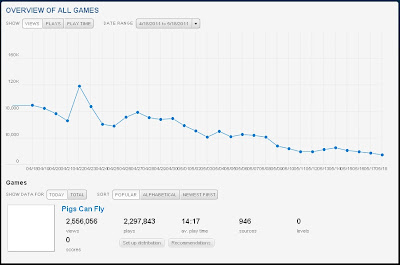 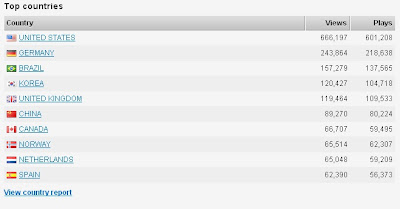 The game is 80% done.. which realistically means the game is half done, because the final tasks tend to be small but very large in quantity so it can all take longer than expected. I added some flying creatures that can snatch acorns on the branches, and annoying bunny rabbits that are small and difficult to shoot. My friend has a garden so he requested that the bunny be the most ruthless creature of them all. I don't look forward to balancing this game.. it's going to be the most time consuming and challenging task. 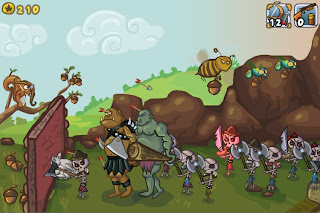 I'm glad that most of the interface work is out of the way. I've purposely avoided putting text on the screen because I estimate only 50-60% of the players will speak English, according to the statistics from Pigs Can Fly. 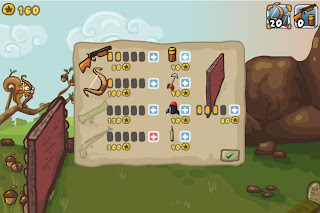 Some things I still have to do: main menu (if necessary), monster info ui, weapon upgrades, baby rockets for bazooka, fence/wall shake, a few effects, game over screen, game win screen, acorn indicator, audio and music.
Posted by Elliot at Wednesday, May 18, 2011 2 comments:

Progress on the game is going well. I still have not thought of a name yet - the project itself is titled "Dungeon" because the initial design was totally different. So, maybe "Acorn Defense"? Anyways, I've finished three weapons and two monsters, while bouncing back and forth between art and programming. I estimate the game will be fully playable by the end of this month.
The most time consuming part has been the animation, but that's no surprise because I have no experience doing it. I've been doing a combination of paper doll animation for the monsters and frame-based animation for the effects. Fortunately, it took half the time to animate the troll than the skeleton. The skeletons are built from MovieClip body parts, so I can randomly give them variation. Likewise, the troll can be changed to an ogre by setting each body part to frame two.
Bazooka: Shoots further the longer the cursor button is held. Explodes and does radius damage. Can be upgraded to leave a flame behind for a couple seconds, and then upgraded again to shoot baby rockets into the air on impact.

Bow and arrow: Shoots further the longer the cursor button is held. The arrows stick into the enemies or ground. I'm thinking of it being upgraded to shoot multiple arrows, or poisonous arrows, or both. The red skeleton just got hurt (I didn't bother with pain animation sequences).

Rifle: Does more damage the longer the cursor button is held, and the laser gets brighter, just like the sniper from Team Fortress 2.

I want at least one other weapon, so it might be an uzi that gets less accurate the longer the button is held down. The protective wall can be upgraded from picket fence, to tree trunks, to bricks, to stone.
Posted by Elliot at Wednesday, May 11, 2011 No comments:

FlashPlayerDebugger.exe is already in use

What a busy week! This first week being indie has really flown by. But somehow, very little of it was spent on actual development! Insurance, rolling over retirement, packing and moving out, unpacking and moving in, registering an LLC, etc. I am confident that things will settle down. Yesterday was the first full day I got to spend on the new project. I have many ambitious design ideas, but I am going to play the next project safe and make a fun defend-the-castle type game. I need to improve my skills as an artist before I whip out the wild cards, plus I love defense games.
I started off by putting on my programmer's hat and whipped up some placeholder art and basic game code: 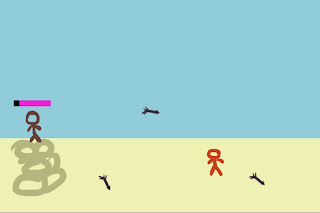 Then I put on my artist's hat and replaced the few assets: 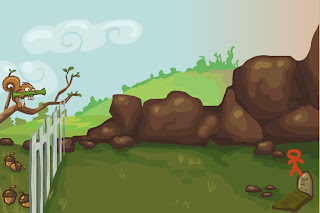 I considered a rich prince who defended his treasure, but that's boring, so I changed that idea to a squirrel protecting his nuts. I know games don't have to make sense, but this game is going to need more substance and some improvements to the background. In the meantime, here are some sketches of some potential undead enemies: