This is the underground subway station, home of the survivors. All of this is placeholder art. There are several options to choose from, depicted by actual objects in the scene. Basically this is the third iteration of this aspect of the game. 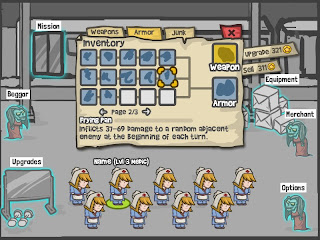 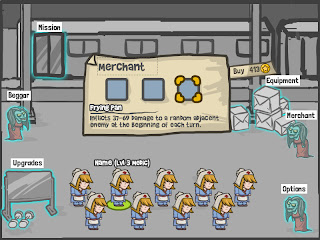 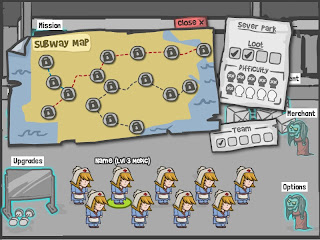 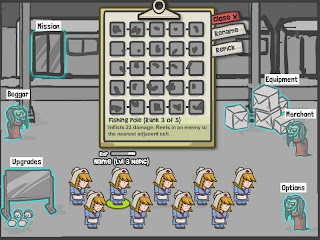 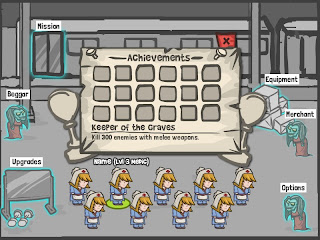 I'm a bit torn on adding story elements. Perhaps there will be a television or radio (optionally usable) that broadcasts the status of the rest of the city. Or, maybe the survivors will carry on brief conversations before or after missions.
Posted by Elliot at Wednesday, July 31, 2013 No comments:

All abilities are functional

I have just completed all the special abilities, getting things ready for balance and play-testing.

That innocent looking scientist has quite a few tricks up his sleeve, definitely a worthy member to the player's party. Don't mess with the nurse either.

Meanwhile the athlete with the red hat is trying to determine whether to call his soccer ball a football for non US and Canadian gamers... but then what would he call his other football? You know, the brown oval shaped one. Awkward. 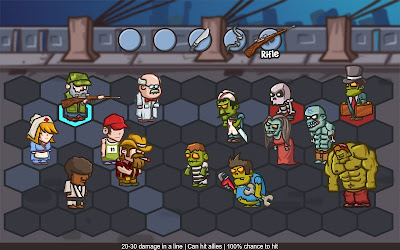 I plan to allow two inventory slots per human for additional benefits and perks. For example, weapons allow a free hit at the beginning of the player's turn. Other items can regenerate health, increase damage, and even award an extra turn.

Critically, half the entertainment value of this game will be in the progression on a macro scale - finding new allies, leveling them up, collecting equipment, discovering new areas and zombie types. Surprises around every corner can keep a player interested. The player will have a great deal of freedom this time, compared to predetermined battles and loot in my previous games.
Posted by Elliot at Saturday, July 27, 2013 1 comment:

My two latest apps Paladin vs Demons and Goat Mechanic have been approved and released to Apple's app store, and Google Play! Additionally, both have been approved by Samsung to be admitted into the 100% Indie section of the Samsung app store (coming soon). 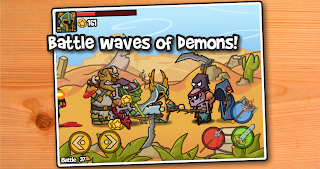 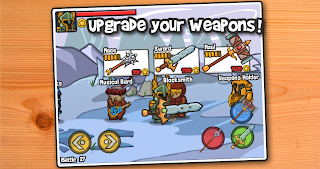 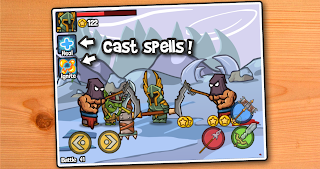 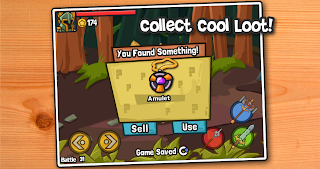 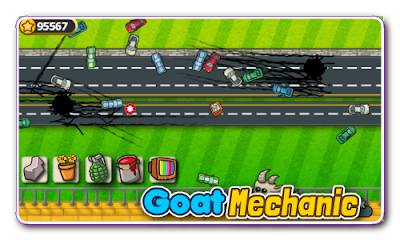 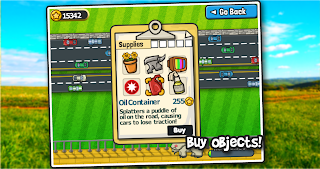 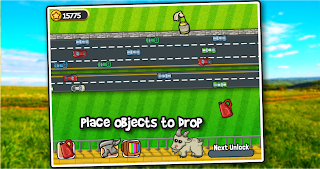 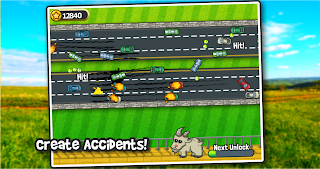 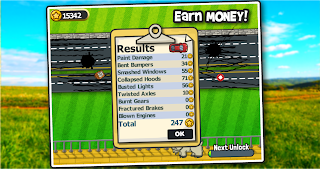 The Epace Games homepage has been updated accordingly.

I really like to establish all my character art early in a project. The tradition dates years back when I was just a programmer, at the mercy of the availability of free art assets that I would scrounge from the net. I would build a game around the accumulated collections of models and texture packs. Now I have the luxury of crafting the art around the design instead.

The humans share the same paper doll animation set, switching each body part frame accordingly. The zombies are all manually animated because of the varying sizes and body parts. 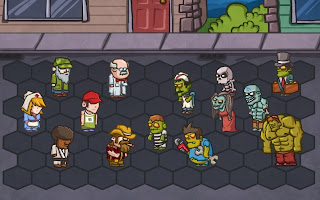 Creating a character at a three-quarters view is fairly straight forward. Given time, I think anyone can do it. If using Flash, just sketch with the brush tool, erasing as often as drawing new lines. Use Google Images for reference material. The head by far is the most important part. Be very sloppy and care free, as the purpose of the lines is to create the shapes and proportions. It should "feel" more like sculpting rather than drawing.

Occasionally, make a duplicate and then continue the process. Each iteration will bring you closer to the desired result, as you add things that complement the character, while removing features that hinder it. For example, the mustache, nurse hat, and cigar remained.

Continue until you end up with something good enough to finalize, by tracing over and splotching in shadows and highlights using the "Paint Inside" brush tool.

The process works well for me. It takes about one to four hours per character. It reserves ample time to dedicate to the many other important aspects of the game.
Posted by Elliot at Thursday, July 18, 2013 2 comments:

It has been a very productive week. I finished many of the major battle systems, leaving just pieces from here on out. It is very easy for me to add in new projectiles, weapons, and even characters. Humans take a bit more time, as they have at least half a dozen active and passive abilities. 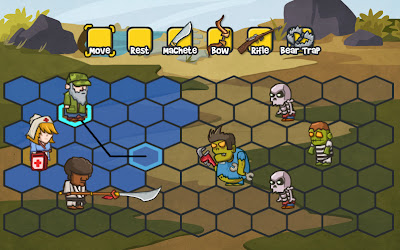 Pathfinding uses the A* algorithm, which never ceases to amaze me. It tends to work right out the box. It is easily configured to work for hexagons because it only needs a heuristic distance function and knowledge of a cell's n-number of neighbors. Cells can be rejected early if occupied by a character or prop. Easy.

My previous two projects, Paladin vs Demons and Goat Mechanic each for iOS have been submitted to Apple a third time. There were mistakes in the in-app purchases.
Posted by Elliot at Sunday, July 14, 2013 No comments: