At last my turn based tactical game has reached beta status...! Surely but steadily, piece by piece. This definitely is my largest project as an indie. Now I can sit back and basically play-test each of the five endings and survival mode. Private testing will come sooner or later.

I made an effort to introduce features and content gradually in story mode, so the player is not overwhelmed and turned away in confusion. There are 66 items and 36 human abilities, against the 8 zombie types. It was great practice to get in there and rapidly draw everything one after the other. 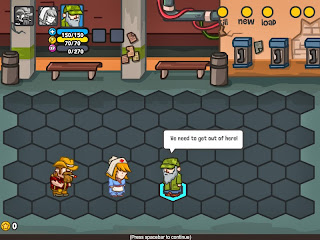 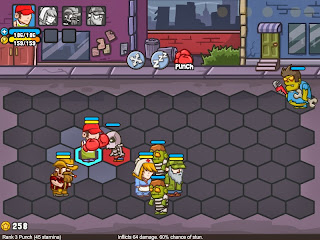 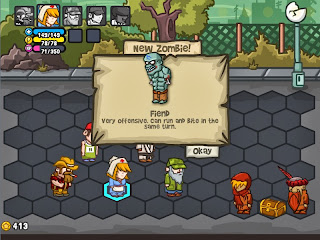 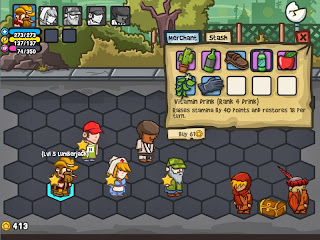 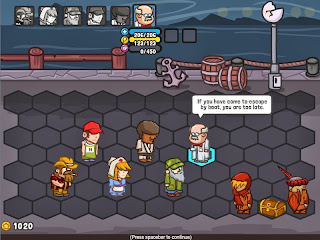 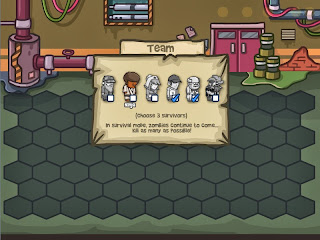 This is a Flash browser game that will be sponsored for the web. Originally it was for tablets, but that fell through for several reasons.

Backgrounds continue to be my overall weakness, though I'm pleased with how they turned out. I sketched everything, did an ink and color pass, and then hue shifted each scene to change the mood. They all get cached as bitmaps anyways, so there is no cost to filters and details. I threw away the old subway station background because it looked so lackluster.

On a design level, everything came together nicely. It will take some additional tweaking to get the difficulty of the game to feel right.

Conveniently, I have new ideas to pursue while this project wraps up in a part-time QA phase. I would like to try simulation / micro tycoon games, like create your own brewery, winery, or even shooting range with individual target pieces plopped down on some top-down grid.

I'm also inspired by bits and pieces of American history, like the Battle of Gettysburg which took place nearby. Also Bunker Hill seems interesting for a time-based survival defense game, because historically the onslaught of British forces eventually captured the location. It is much easier to use an existing story anyways.
Posted by Elliot at Thursday, October 24, 2013 No comments: