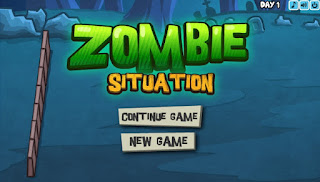 The game itself is very simple and easy to play. You only need the keyboard during battles, and only the mouse for menu navigation during breaks. You can expect to utilize most of the nine weapons because ammunition is limited.
Posted by Elliot at Friday, April 20, 2012 1 comment: 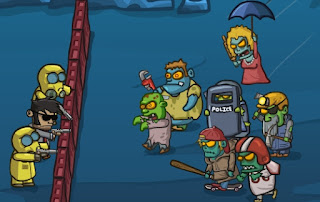 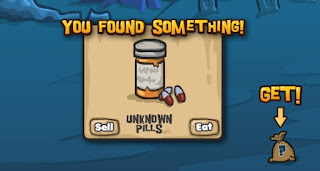 Also it looks like I've been indie for one year! I am going to call today the end of my freshman year.
Posted by Elliot at Sunday, April 08, 2012 2 comments:

Pigs Will Fly is on the Web!

The free Flash version of Pigs Will Fly is now available on the Web! It has been uploaded to two of the biggest portal sites, Newgrounds and Kongregate and is already spreading quickly. You will notice that there is no primary/exclusive sponsor for this viral version because as an experiment, I chose to self-publish it and emphasize the bonus levels available on handheld devices.

Although I tested the game thoroughly, at the last minute I had to rip out the statistics API and upload a newer version because it was causing the game to stutter on my Mac Mini only after publishing the final game. Weird. Therefore I will not have any statistics to share.

Anyways, back to work on the current zombie game!
Posted by Elliot at Tuesday, April 03, 2012 No comments: