Demons Down Under has been primarily sponsored and released by ArmorGames! Currently it is reviewed at 89%, immediately making it one of my most successful games! I am flattered, especially by the number of downloads in a short period of time. 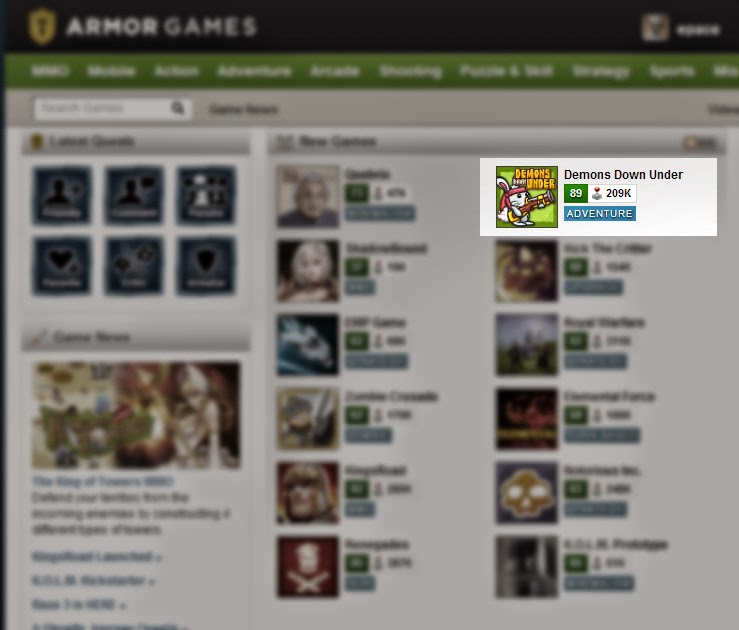 The experience of releasing a game is a combination of adrenaline and excitement, sprinkled with a little bit of anxiety. The entire process however, of making a game from start to finish, is an addictive cycle.

The viral version will be available on the 29th, where it will spread to all the smaller portals. Sponsors, feel free to contact me for a site-locked license deal!
Posted by Elliot at Tuesday, August 19, 2014 No comments:

I recall being such a fan of Dell keyboards years ago. You know, the mass produced ones that came with every Dell computer. I used it for more than a decade; one time I even bought a replacement on eBay when the previous one got worn out. 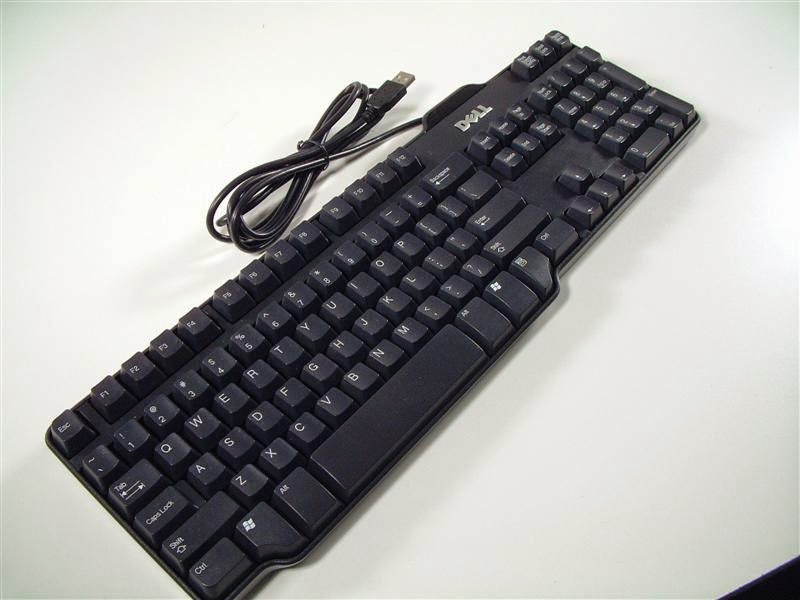 I suppose it was appropriate for me to ignore most of the keyboard market back in the early 2000s. It was saturated with crude membrane keyboards that take advantage of cheap pressure pads and simple electric contact to trigger keys. Keys on these feel mushy when pressed, but very quiet and suitable for a library or crowded office.

To stand out from the crowd, some were built with "ergonomic" placement of keys, and additional plastic frames littered with round media buttons, dials, palm comfort rests, and other novelty features. The boxes on the shelves were shiny, decorated with lightning bolts and other striking icons to grab the consumer's interest. It all just seemed so gimmicky, especially at a time where it was common to see a "high end" mouse advertised in PC Gamer magazine being just a plastic non-optical ball mouse encased in a slick plastic hull.

A couple years ago I set out to find a new keyboard. Perhaps it was spontaneous research in gear pro Starcraft players comfortably use to dispatch 500 actions per minute. Either way, after a lot of grueling research, I settled on a Das Keyboard with cherry mx brown switches as a trade off between tactile response and overall noise level.

I suppose for over a hundred dollars, it was not as great as expected. However, after extensive constant use, I realized how easily the Dell membrane keyboard fatigued my fingers, when used as a secondary for my Mac Mini.

I wanted my second mechanical keyboard to have blue switches for additional tactile response. These switches are louder, but to me the "noise" sounds very pleasant on my Cooler Master QuickFire Rapid. The newer models do not have logos plastered all over the frame. It lacks a numpad so home row is directly in front of me, without shoving the mouse out of the way. The Das Keyboard feels very cumbersome in comparison. To each their own.

I bought some blank white keycaps to replace the standard black ones. The material is PBT, so is harder, more durable, and feels superior over the ABS ones that virtually all keyboards come equipped. Plus aesthetically it is more pleasing to the eye. I see myself using this board for a very long time. It works for me. Occasionally I switch back to the Das Keyboard with brown switches; both feel unique in their own way.
Posted by Elliot at Sunday, August 03, 2014 No comments: