Wow.. wow.. wow..! I downloaded the trial for the new Adobe Animate CC. Not only does it fully support HTML5, but it is fast. I took my HTML5 test project, uploaded it to CocoonJS and it spat out an Android APK app at full landscape resolution. It runs just fine at full frame rate.

In other words.. this is going to save me a lot of time. I can now create HTML5 web apps quickly, with the easy option to deploy to the mobile app stores.

I stumbled upon some old concept ideas I had laying around. These were made a couple years ago using art mostly from Zombie Tactics. 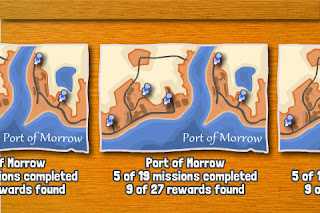 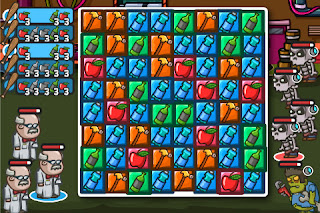 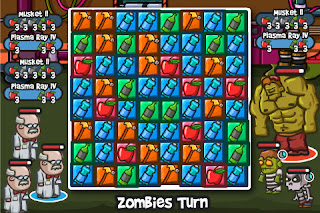 It was a concept for a group based match-3 turn based game. It was never fully fleshed out. It may be a more decisive path over the slot machine mechanic that I blogged previously.

Zombie Guard for Android has given me a lot of confidence in the mobile market. It has earned more than all my other apps put together and the Google Play console is such a luxury compared to sponsorship licenses for web games.

I had this other design idea, a satirical one, where you control a guy grinding away to be the first to reach the maximum level in a fictional MMORPG called "The Ultimate Guild Lords of the Runic Realm World of Ever Eve". The name particularly combines words from many actual massive online games.

Gold farming, job, maintaining hygiene, hunger, comfort, money. Random events, upgrades, sleep. There are a lot of dynamics here. The leaderboard would have scores showing how little time it took to reach the goal within the fictional game. 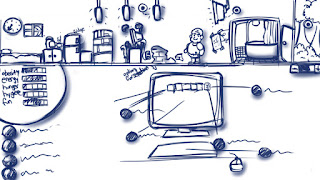 The idea, was partly inspired by the South Park episode "Make Love, Not Warcraft", where the boys attempt to grind away in World of Warcraft, sacrificing their health and social opportunities in the real world, to advance their virtual selves to defeat the realm's greatest warrior... played as just some random guy with nothing else to do. 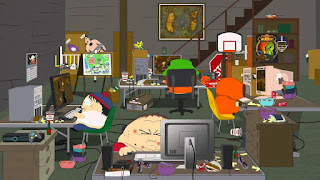 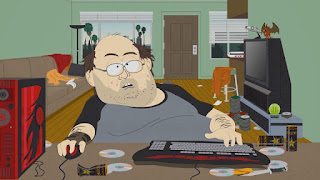 I believe a lot of gamers can relate to this game concept, of role playing as a gamer obsessed over a fictional one. I'll have to think more about this concept.
Posted by Elliot at Friday, September 09, 2016 1 comment:

I want to share a conceptual image showing a preview of what could be my next, 15th game: 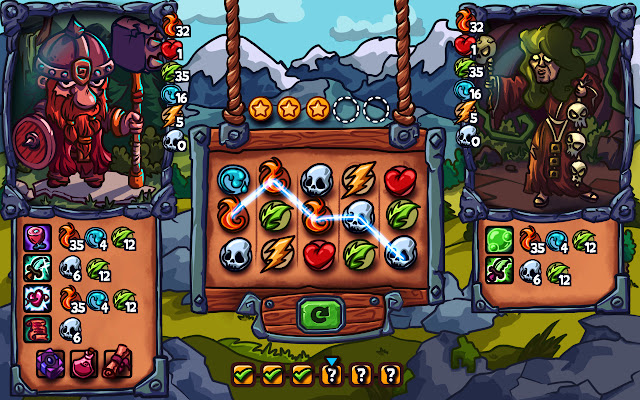 Which started as one of many crude sketches that depict a game screenshot: 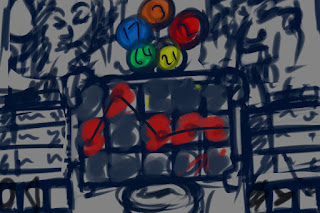 I find being very sloppy with drawings can help explore ideas. There is a great sense of freedom and curiosity where a lot can be gained, without a great deal of time needing to be invested. I highly recommend people in any field, game development or not, listen to John Cleese's talk on how to be creative:

Currently I am what he describes as the "open mode" to allow ideas to come and go. I am still exploring possible ideas, before I go into the "closed mode" to produce those ideas without second guessing the foundation of my next game. Sure, little bits of details and gaps will be filled in later, but if I choose to go for a particular design then I must stick with it.

The idea shown in the first image above is a combination of slot machine mechanics in a fantasy environment, where the left side is the player's abilities and items. Single coins are used to spin the reel to gain resources (fire, water, etc), or, single coins are used with resources to use skills. There is an emphasis on luck. There will be random events and treasures to choose from, similar to actual slot machine games. The real heart of what will make it fun is the progression to strategically improve and craft your character over time with in-game currency.

This game could be incredibly fun, readily available for PC, Android, iOS, etc. I am still exploring some ideas before I fully settle on this idea...
Posted by Elliot at Monday, September 05, 2016 No comments: