I am likely going to make a match-3 RPG. Character abilities can be triggered by placing a pattern on the grid, that must match the locations of previously destroyed cells (illustrated by orange cells in the screenshot below). It will be made in Unity using C# and the Spine animation tool. The same tech was used to make my latest finished and soon to be released game Pizza Bot.

This next match-3 project likely will be fantasy themed because I already have a whole bunch of character art. Painting backgrounds and icons is my weakness, but I can buy some through the Unity asset store. I spotted some great special effect packages too.

Match 3 always will be popular, and is already "fun" from the beginning. The design challenge is going to be crafting all the interesting features that extend out the game, while offering sufficient strategic elements to prevent the experience from getting dull and monotonous.

I believe as long as there is gradual and continuous progression through occasional unlocking of interesting features, then the game will surely be a success. A game like Zombie Guard is not necessarily fun because of say, the weapons, but rather, the unlocking and upgrading of the weapons. This has been a general design focus in all my games. Typically I strive to create the core of the game, and then insert a lot of content with data driven systems for weapons, skills, items, and AI character types.

Since this will be a turn-based match-3 game, I can write some simple AI to play-test the game for me. I have a spare phone to have AI play stable builds 24/7.

From the very beginning I will be setting the game up for easy localization into other languages. If done correctly, all I would have to do is gather translations privately from various people who have already contacted me. Ideally, it will be easy to update and append translated text through external data files. 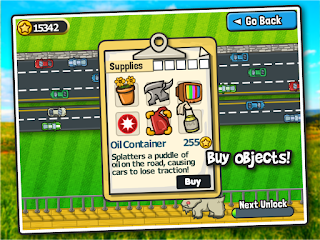 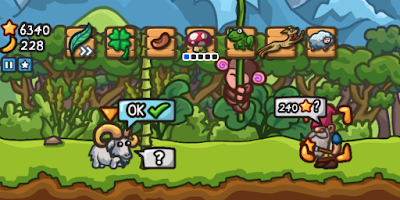 ...I'm glad to be near the end of list of tasks. Only Pizza Bot remains. There are some older apps that I considered revising, but I have determined it would not be worth the time.
Posted by Elliot at Tuesday, November 07, 2017 No comments: