I added a lot of animations and variations for the armor and weapons. The program has been sprinkled with some very primitive AI and camera work for panning smoothly across the scene. Those spells icons do not do anything yet. 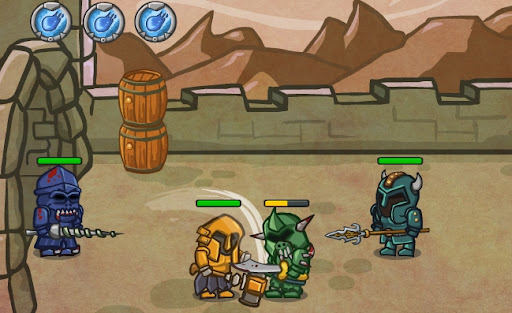 At this point, this project can go in so many different directions! I keep telling myself that I should keep the heart of the design simple, and gradually add more content to support it. I am still leaning towards the beat 'em genre, which is where the player controls just one hero.
Technical notes: The background has been overlayed with a dirty texture to prevent it from looking flat. There is actually no performance penalty for doing this in Flash because the background can just be flagged to be cached as a bitmap, which occurs in memory after the first render. This also means that the dirty texture is stored only once in the swf file. Of course on mobile devices, everything is a bitmap anyways... I estimate that three screens worth of background art can be squeezed into a single 1024x1024 texture with reasonable quality.
Posted by Elliot at Thursday, September 29, 2011 3 comments: 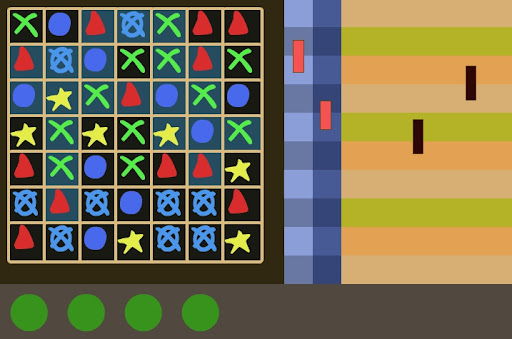 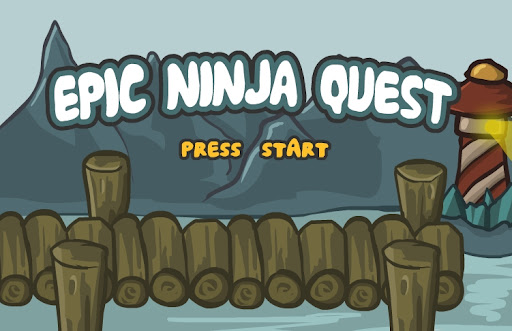 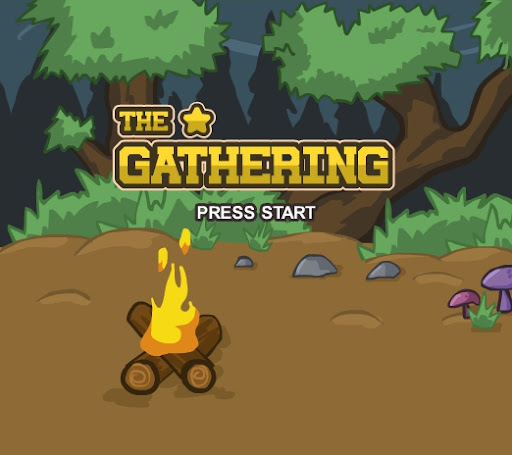 Posted by Elliot at Saturday, September 24, 2011 No comments:

A change of direction

Working alone is a double edged sword. On the one hand, there is virtually no overhead and office politic drama, so decisions can be made instantly on a whim. On the other hand, those decisions can be very hard to make. My decision was to put the current project on indefinite hold. I just wasn't happy with it. 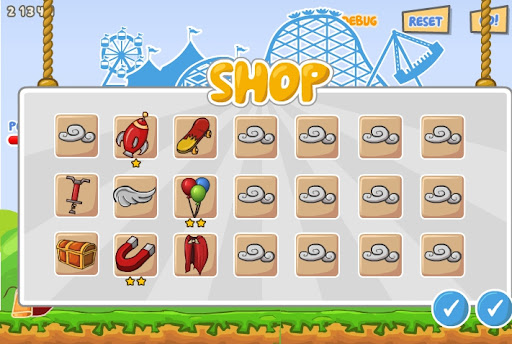 (screenshot of the prototype)

There were 21 cool items planned, but the core of the game was not fun. Plus, the game would have very little replay value.

But enough of that. I spent a couple days thinking deeply about what I would rather develop. Actually, what I would rather play on my iPad for many hours. So, I am hereby announcing that I will be developing a match-3 puzzle RPG with a zombie theme. Like many of my designs, I tend to blend several games into one. I will have more details once I finish the prototype.

On another note, the latest tower-defense game is finished. I recently registered an LLC here in Pennsylvania, so I will be submitting the game once Apple approves the business documents and such. Realistically, it could be a month, but I don't see a need to rush anything.
Posted by Elliot at Wednesday, September 21, 2011 2 comments:

Well, it is the beginning of a new month and new project. It is almost a new season too. The weather is cooling down, and soon my office in this second story room will feel nice and toasty. I live with two roommates (five if you include the three dogs) here in a small town in Pennsylvania. It's quiet, green, dirt cheap, and necessities are in walking distance. In other words, it is a perfect place for being self-employed.

As for the new project, I really enjoy wrapping things up and starting something brand new. Each project is an opportunity to filter what did not work, and try new things from art, programming, design, and business. More importantly, any mistakes do not cripple a project for years because my development cycles are only 2-4 months long. There will come a day where I want to invest independently in a year long project that I deem worthwhile, but that day has yet to come. I am having too much fun developing small games while getting a taste for different platforms, art styles, and genres. 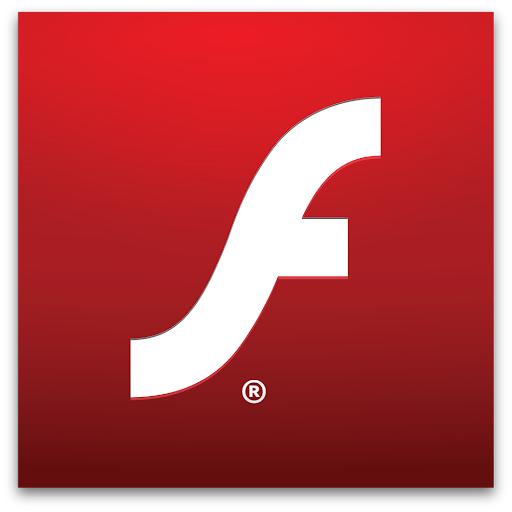 In the meantime, although I want to return to Flash game development, I do not want to leave the mobile scene. So, I am going to take advantage of both! My objective is to develop a viral Flash game developed with heavy design iteration, that launches with a link to the mobile app developed with Corona. Adobe's packager to turn a Flash app into a mobile app is still garbage.

Anyways, I am through with the sponsorship route as a monetization model. Though, the two months of work on Defend Your Nuts and its half dozen licenses sold have collectively surpassed how much I could have made at my old job in that duration anyways, so I cannot complain. Combined with Pigs Can Fly, these two games games have collectively been played an estimated 10-14 million times worldwide, or at least definitely by the end of this year. This kind of exposure is too difficult to ignore.

I have prototyped a couple ideas. The first involved creating 2D amusement park rides with physics, inspired by my childhood experience of playing with K'NEX. It did sound like a good idea, but it introduced a very large unexplored can of worms. I may revisit it. 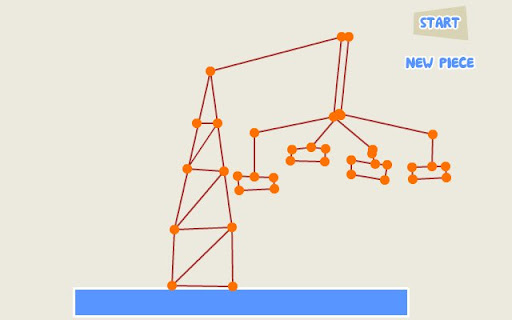 There are so many ideas on my list, but many are incredibly ambitious and involve multiplayer. This time around I want to scale way back and concentrate on just making a fun game, while leaving lots of room for polish. I really paid the price on this previous tower-defense game, where there were just too many features, art assets, and design changes. Worse, everything was interconnected so a single change would often break other features, or throw things off balance. Despite becoming more productive with Corona, the game itself turned from liquid to stone near the end of development.

Instead, this other prototype seems far more feasible. It involves a flying pig (no surprise) that launches out of a cannon across the landscape while collecting stars (money) to purchase upgrades in some make believe shop. It definitely falls under the popular toss genre. A considerable amount of time will be invested into the cinematics to tell the pig's story and bring out empathy. Already I have a really good feeling about all this. This screenshot contains only placeholder art for the prototype so try to see past it (refs: background, cannon). 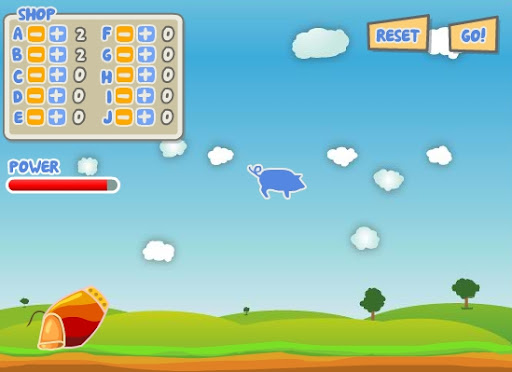 So this is where I stand for the next 2-4 months. I am intentionally not setting a deadline this time, because I want to take my time on this.