The "loadout" is underway, which contains the higher level features to purchase and upgrade equipment, skills, open reward chests, etc. I wanted to have multiple currencies in addition to the usual coins. Well, shiny gems were not a wise option, because those are abundantly matched for temporary resources to activate skills. Instead I chose cherries, peaches, and radishes to barter with the bunny merchants. The food can be grown and harvested over multiple play sessions, which makes more sense than random chests and coins in this freemium game. Bunnies favor food over gemstones, so it's a twist on the value of objects in this fictional universe akin to Defend Your Nuts and Demons Down Under.

Once this is complete, then I am that much closer to a beta release on Google Play.

The weapons are used automatically when gems of the hero's color are matched. Skills are used by placing its respective pattern on the battle board. The three red dots connected by lines in the skills loadout depict that all three enemies are targeted by toxic rain. If there is no connecting line, then only one enemy is targeted. There are still some missing features, like the gem cost of the skills and its pattern. Plus the weapons loadout is a bit of a mess, so I might just make it look more like the skills loadout by reusing most of the same code.

Here is the improved skills loadout with gem costs and pattern. The cost is exaggerated for sake of illustration.


I threw in a new skill for the panda too, because most of the work is just filling out some data that specifies it; the systems in place take care of most of the work. It is not entirely data-driven because I have to specify what the computed gamma value does based on skill level, and, reflect it in the skill description as well.

I put together a quick clip of the battle gameplay. The recording is not the best quality, but it should at least demonstrate several features of the game.

I made a couple design changes prior to the recording:
I'll have to add a feature later to help color-blind players discern the gem colors and their assigned elements. Color deficiency affects 1 in 12 men, and one in 200 women (source).
Now, I get to clear the main board and work on the main screen that contains all the features like character customization, inventory, stage selection, and upgrades. 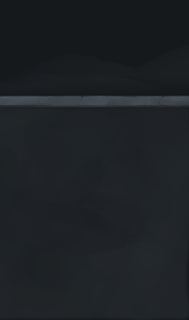 So many possibilities. I will buy more art through the Unity asset store to help me with this task. I may want to have a map for stage selection and some large packs of metal or wooden interface objects like buttons and scroll screens.

In addition, I need to contemplate how to extend playability of the game. Zombie Guard is flawed in that the game is way too easy when going back to previous stages to collect all the outstanding loot. It basically dead-ends too, without advancement to harder difficulties once all the stages are beaten.
Posted by Elliot at Wednesday, April 11, 2018 No comments:

To my casual readers, you may skip to the below section on Final Thoughts if the math here seems a bit intimidating.

For Unity you can download my Easings.cs script that borrows from tween.js on GitHub. A delegate for exact choice of easing function can be passed into your custom scripts.

I have been using easing functions extensively for many years, usually for animation. Easing functions are just curved functions for values $t$ from 0 to 1.
Linear is boring, but sometimes necessary to interpolation. Meaning, a value changes gradually - neither speeding up, nor slowing down as time $t$ goes from 0 to 1. Linear interpolation $lerp$ is a convenient function to compute this linear value:


If we have a fireball in a game, then perhaps we might want to have its movement towards its target begin slowly, and then pick up speed until it explodes. In the second row of the figure above, are cubic functions. Notice how $easeInCubic$ would be very suitable for the fireball's movement. On the other hand, $easeOutCubic$, may seem a bit strange, where the fireball shoots quickly and then seemingly slows down before it explodes.


I use these easing functions extensively for game balance as well. In my game, weapons can be upgraded from ranks 1 to 10. At rank 1 it is the weakest, and at rank 10 it is the strongest and does the most damage. The easiest solution would be to just write the damage values manually.

A generated graph of the damage of the morning star quickly illustrates the flaws.

We need a better solution...

In my game, weapons have an initial damage of $d_0$ at rank 1. In addition, a multiplier that determines the final value $dmul$, where for example a value of 4 would mean the damage at maximum rank would be $d_1 = d_0*dmul$, four times the initial starting value. Easy! The damage for the morning star now can be specified by just two values!

$easeInCubic$ looks like a good choice. So, the revised damage of the morning star would be:

Similar to how damage is calculated, the cost of upgrading needs to be considered as well. Suppose we use the same curve, $easeInCubic$. This would not be balanced because it would be too easy to upgrade anything to around rank 7!

I think $easeInOutCubic$ would be an interesting choice for the cost of upgrades:

The cost for sequential upgrades always increases, but ranks 4 to 6 would have the largest increases in cost. This would be suitable because most weapons could casually be upgraded to around rank 4 until the costs get awfully pricey. Ranks 7 to 10 are where the costs are very high, but would be very rewarding due to the drastic increase in damage; there is an incentive to max it out.

Balancing a game is a continued struggle. As written above, I have chosen an approach to help adjust the difficulty of my current game in order to feel balanced and rewarding to play. In-game currency is used to upgrade weapons from ranks 1 to 10. Here is the ideal mindset a player should have while upgrading these weapons: