I am making Defend Your Nuts 2!

Okay, so it was not my initial intention to develop this sequel - things pretty much led up to this moment. Back in the middle of September, I started on a Flash game heavily inspired by a mix of games on iOS... 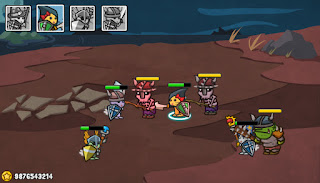 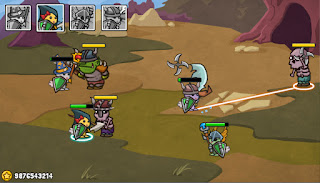 It was basically functional with special abilities and specific weapons all planned out. But I felt as though I was borrowing too much (environment art style and design) while only delivering a small fraction of what could otherwise be offered. With that said, I decided to scale back a bit, and develop a sequel for Defend Your Nuts. 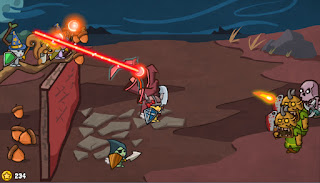 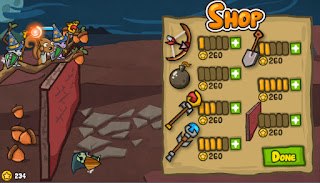 This time you can hire bunny allies of five unique classes (healer, warrior, rogue, wizard, archer). I have removed the option of purchasing ammunition in the shop, instead replacing it with a shovel to dig up money and ammo each round. The ability to upgrade the wall will remain. Also I chose to remove the blend of modern weaponry and support a purely fantasy theme, so land mines will no longer be an option either.
Posted by Elliot at Wednesday, October 10, 2012

Where do you make you background - they look realy cool.

Thanks. I paint all my backgrounds in Flash using a blended style from Battleheart, Heroes vs Monsters, and Epic Raiders. I plan to add details later.

Thanks for the amazing content on your blog I am very interested in this article and you have really helped me. I have just told a few of my friends about this on FaceBook and they love your content just as much as I do.