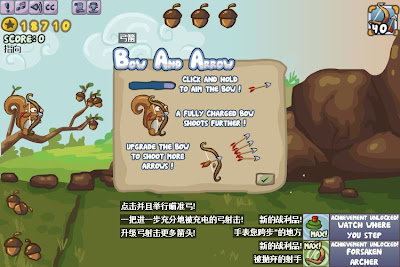 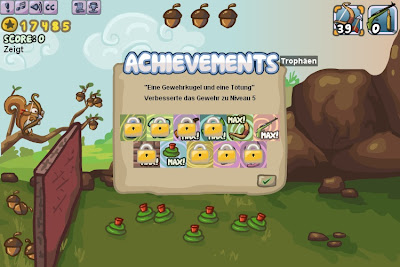 Thankfully I know a bit of Spanish so I was able to spot some problem cases. The text is simplified as much as possible. For example, rather than "Leaderboard" I wrote "The Winners", and rather than "Achievements" I wrote "Trophies". There are still some problem cases (like I used "mine" instead of "landmine" so it creates some hilarious sentences for the achievement), but it's good enough.
Posted by Elliot at Thursday, June 02, 2011

Brandon showed me the Beta last night with the changes you made over the weekend. I think you've got a really great game here, Elliot! I look forward to playing it once you launch it!

Thanks for the support Kendra.

Haha Casey. Don't get me started! I haven't played since February!